The Cake Illusionist May 17, 2017
0 Comments
I was ridiculously lucky to be invited to Brisbane in Australia to teach for a few days and also take part in a two day live cake-off on stage in front of 10,000 people.
My team mates Dot from Eat-Party-Cake (South Africa) and Kim from Cakes by Kim (Netherlands) and I sculpted a Chimera, which is a mythical animal created from elements of multiple creatures.
We were Team International and we were competing against Team Australia.
It was seriously hard, intense not to mention hot work and i’m so so proud of what we created live on stage with nowhere to hide and no time to make mistakes!!
It was definitely worth all the stress pressure though as we were announced the winners by a panel of world renowned judges including Calli Hopper, Benny Riviera and Shayne Greenham. Just amazing.
Here’s what we created! Go Team International!!!!! Woop woop!
We called it ‘Tortured Souls.’ It’s all cake nose to tail over a food safe frame and would serve around 150 people. 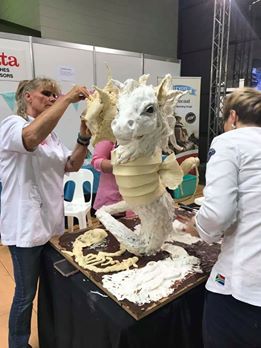 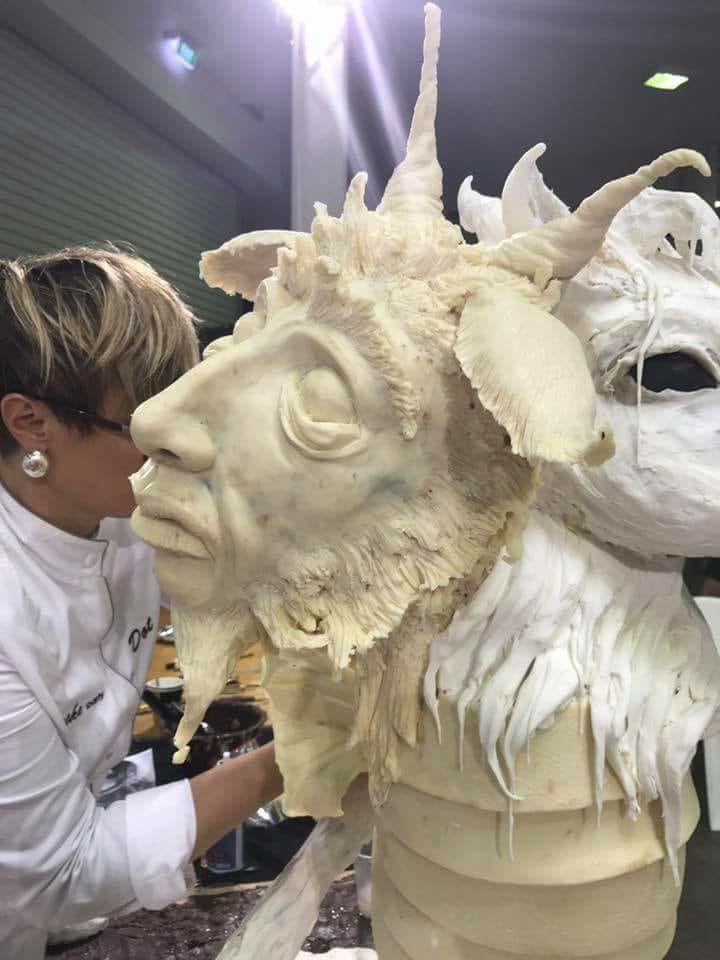 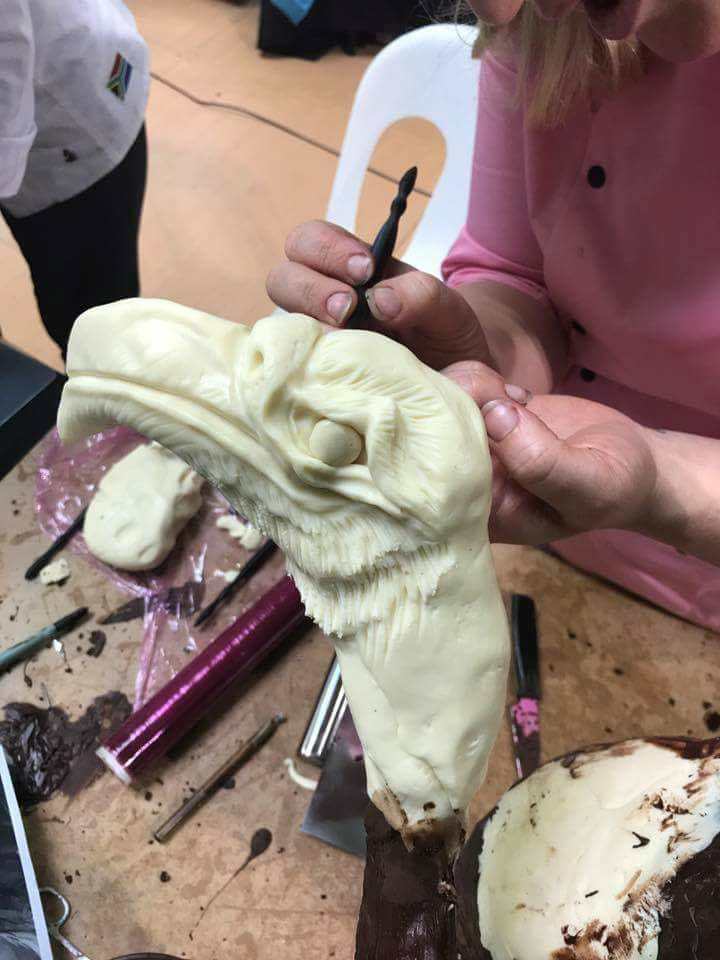 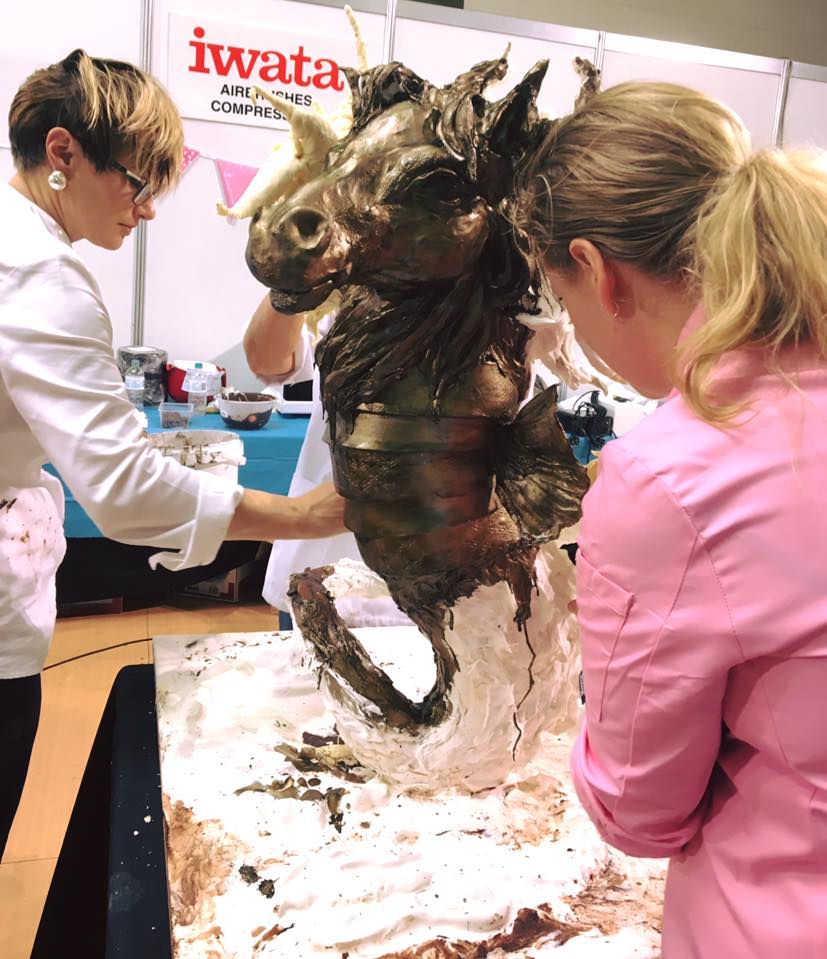 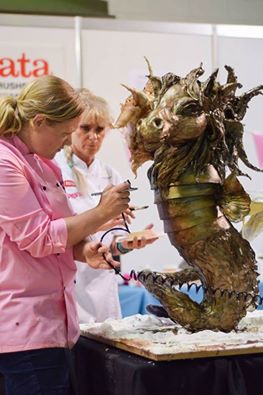 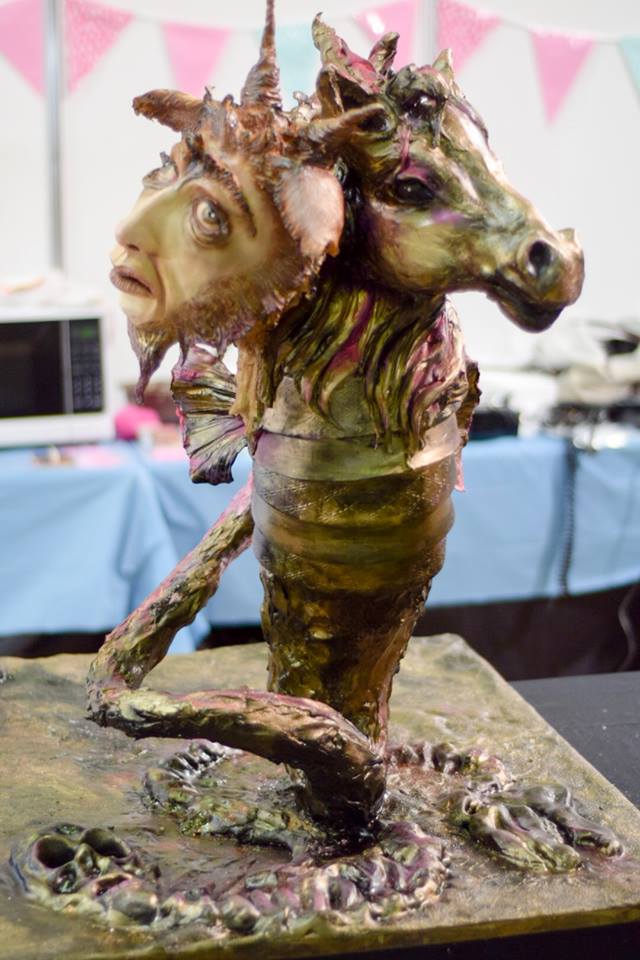 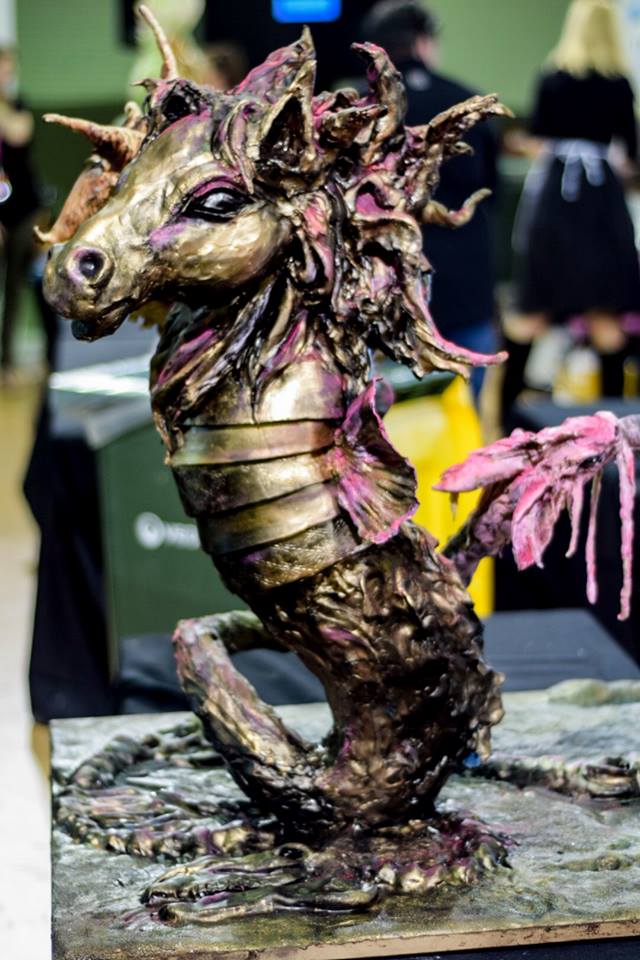 We’ve already been invited back next year to defend the title, how cool is that!
Categories: Uncategorized 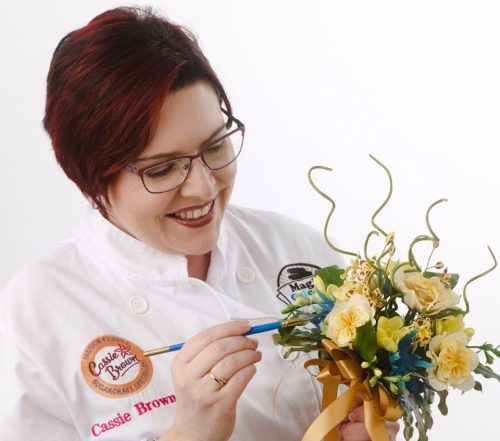 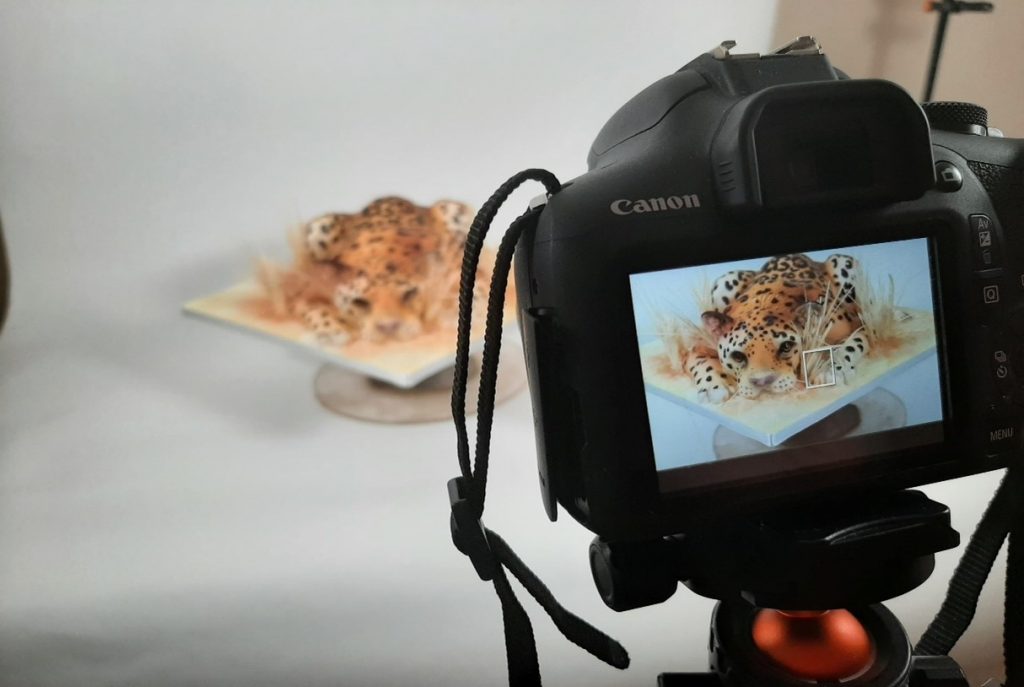 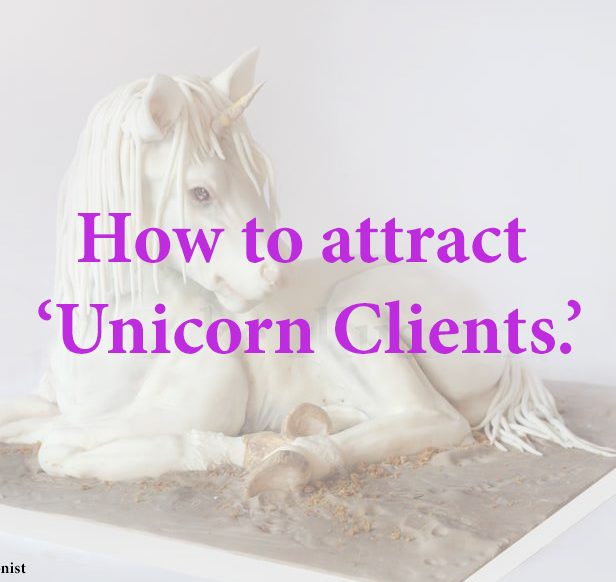 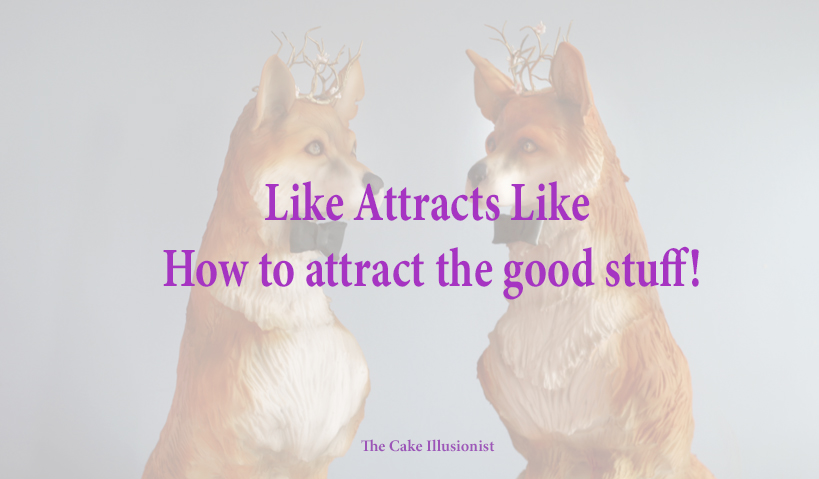 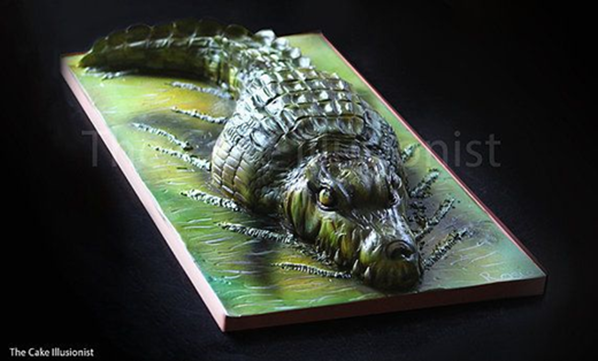 Free texture hacks just for you.… One of the biggest challenges we face as cake artists is replicating real world textures in cake form. It…